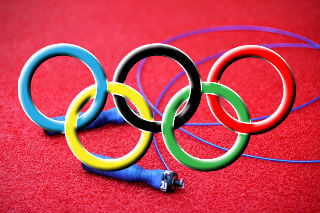 An inspiring story worthy of the history of sports, has gotten a second wind. After decades of struggle, it would seem that finally, there is hope for jump rope (or rope skipping depending on which part of the world you live in) to become a fully-fledged Olympic sport. Of course, achieving this is next to impossible, but the community and organizations surrounding it start to move as a whole, in order to make it happen. Prior to updating you on most recent events, we will present you with the current challenges in this debate.

The Problem with Popularity

The lack of awareness comes from the fact that rope skipping isn’t very popular. A statistic coming from the US, shows us that there are approximately around 80 jump rope teams in the entire country, while there are thousands of others for every discipline held in the Olympic games. Another issue is that while still known on a global level, jump rope isn’t recognized by the public as something that would impress spectators and viewers, which leads us to our next point.

The most common experience people would have with rope skipping, is when (and if) they’ve tried it as children… and that was pretty much it. No one these days would have guessed, that jump rope professionals are capable of performing incredibly difficult and dangerous tricks, which when observed make you clench on your seat with excitement and anticipation. The reality is, that rope skipping has the complexity and difficulty to be considered as an Olympic sport.

Both the Sport and the Community Deserve an Olympic Recognition

The countless hours of training, injuries, and other difficulties that rope skippers have experienced to get to a professional level is not something that can be dismissed. All that effort is by no means less than the one spent by participants in any other sport. The jumpers, the associations, and the community deserves to be put under the Olympic banner, and gain the honor they have been missing for so long.

While gymnastics are in the Olympics and jump rope isn’t (yet), they do share very close similarities in both their scoring systems as well as the complexity of execution. Both sports have team and individual competitions and feature an outstanding array of performances that are acrobatic and aesthetic in nature. Truth be told, some jump rope presentations in the past have shown much more complex routines than most acrobatic and gymnastic events.

One of the most difficult tasks that rope skipping faces, is unification. After all, the International Olympic Sports Committee requires a universal governing body; something that Rope Skipping doesn’t have; and here is the kicker – this is all about to change. Currently, there are two major jump rope associations – the FISAC-IRSF, and the WJRF that both hold their own, separate world championship events.

In a historic event that took the jump rope world by storm, both associations have announced that they are preparing to form a singular, and unified federation for the sport of Jump Rope/Rope Skipping. In fact, in the official letter to both associations does state that “Whilst ever we remain as two organizations, not united, we cannot move forward within the International Olympic Committee”.

History in the Making

Do we think that rope skipping should become an Olympic sport? Without question! Do other people agree with us? In a study done by a very popular news site to the same question, out of 1,619 people only 53 said “no”. The remaining 97% wholeheartedly agreed right away. It seems that those 53 people clearly have no idea about how wonderous and exciting the sport of Jump Rope can be.