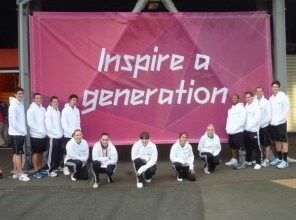 Inspire A Generation statement from Get Tricky

After successfully completing 30 shows in 16 days at the Olympic Games. They have all been honored to officially represent the global rope skipping/jump rope community here at the Games for the first time.

Despite differences in jumping styles, cultures and backgrounds, their international group was able to work together to produce a demonstration that left crowds, the media and even members of the IOC asking questions and wanting to see more. They have come away with a renewed and genuine belief that rope skipping can and will become an Olympic sport in the near future.

Having grown up inspired by the jumpers and coaches who came before them, they now challenge the next generation to elevate the sport to even greater heights.Farewell from Get Tricky – London 2012